Divi Resorts has grown to become the largest independent timeshare operator in the Caribbean, but its roots can be traced to the former Dutch colony of Aruba, in the southern Caribbean. It was here that Divi Resorts began in July, 1969 when a New York attorney named Walter Wiggins opened his first resort (known as Divi Aruba) and named it after the indigenous divi-divi tree - an unusual tree common to the island that tends to bend in half due to the occasional high winds of the area.

Even though the Divi brand entered Aruba in 1969, it would expand over time to also include timeshare resorts on the islands of Bonaire, Barbados, St. Maarten and St. Croix.

The company went through several phases of purchasing and selling various resorts under the Divi brand over the years, operating under the company Divi Hotels, Inc. The group has been conducting management and sales operations since 1992 under the entity Divi Hotels Marketing Inc., with corporate headquarters in Chapel Hill, North Carolina.

Now with 30,000 owners and eight timeshare resorts under the Divi Resorts brand, those resorts operate as:

Originally known as Hotel Zeebad, the building was first used during World War II to house interned German prisoners before being converted into a hotel by the late L.D. Gerharts. It opened in August, 1952 and was the first dive hotel on the former Dutch island of Bonaire. The name was changed to the Flamingo Beach Hotel and was purchased by Divi Hotels in 1975. Now known as Divi Flamingo Beach Resort and Casino, the beachside resort was renovated in 2008 and boasts 126 units on two floors with 24 hour access to scuba tanks, two pools, three bars including the famous "Barefoot Casino" and one of the top eateries on the island, the Chibi Chibi restaurant. Bonaire is one of the top diving and snorkeling destinations in the Caribbean and the resort is also within easy walking distance to downtown Kralendijk, the capital of Bonaire, and its many shops.

This hotel, the first structure of which was originally built in 1955 as a guest house and later turned into the vacation home of members of the Dutch Royal Family, has had its share of weather-related mishaps. However, it has survived and thrived as a key location within the Divi Resorts collection of destinations. On one section of the property lie the ruins of Fort Amsterdam, a key military installation originally built in 1631 when the Dutch navy patrolled the Caribbean. The resort became part of the Divi Resorts collection in 1981 and was renovated in 2008, now consisting of 225 rooms on 3 floors. Located on a peninsula between Great Bay and Little Bay near Philipsburg, the resort has three restaurants and three pools with a full array of watersports activities and is close to shopping.

With a perfect locale on a half-mile stretch of white sand beach nestled in twenty acres of tropical gardens, this resort was built in 1984 and renovated in 2007 - resulting in 131 suites across five floors. The units feature full kitchens and all the modern comforts of home, providing for the ideal vacation. The facility comprises three swimming pools with a poolside lounge, tennis court, fitness room, two restaurants, convenience store and salon. Plus, guests can partake of the St. Lawrence Gap, a stretch of restaurants, shops and nightlife activities which runs through the resort.

Built in 1984, this resort is just a few steps down a garden path to beautiful Druif Beach. The resort was renovated in 2004 and has 123 units on three floors but is sheltered in a tropical garden and designed for guests and owners to relax and enjoy this Aruban paradise. While the facility has been specifically created for a low-key experience, the resort offers a cafÃ©, shop, bar, restaurant called Tiki Tiki and has access to the renowned Alhambra casino.

Located on a pristine stretch of Palm Beach and tucked into a wildlife sanctuary, the Divi Aruba Phoenix is a fabulous destination for any beachgoers looking for an Aruba timeshare holiday. Built in 1990, the resort was renovated in 2009 and now has 241 rooms across 14 floors between five buildings. The newest renovation added 140 beachfront suites across four, eight story buildings to the existing 101 unit resort, offering studio, one bedroom suites and two and three bedroom penthouse apartments. All units include full kitchens and private balconies with outstanding views. Keep an eye out for the beachside bar, which is complimented by the Pure Beach and Pure Ocean restaurants, pool with swim-up bar, tennis court and fitness center.

This resort is located in the exclusive St. James area on the preferred western side of the island, known for its fabulous beaches and esteemed shops and restaurants. Built in 1990 and renovated in 2009, the Divi Heritage is a wonderful oceanfront property consisting of 22 intimately appointed villas available only to adult guests, creating the perfect romantic getaway.

A 348 suite resort, Divi Village Golf and Beach Resort was built in 1993, expanded in 2004 with the addition of Golf Villas overlooking the golf course, and renovated in 2010. The resort is just a short walk from Druif Beach and adjacent to The Links at Divi Aruba- a beautiful 9-hole golf course and golf training facility. The resort is tastefully designed in island style, with units featuring king-sized beds, pull-out sofas, full kitchens and balconies with either ocean or garden views. Two restaurants are on the grounds with a pool and swim-up bar.

Often referred to as a tropical version of Las Vegas, Divi Carina Bay is located on a terrific 1,000 ft. stretch of beach, combining the features of a waterside playground with the amenities and entertainment of Vegas. Built in 1999, the resort was renovated in 2007 and now has 180 rooms located on three floors, offering beachfront units and fabulous hillside suites with balconies overlooking the Caribbean. Scuba diving is on offer, along with the standard watersports and equipment rentals. Plus the resort has two pools, two restaurants, two bars and a health club. But the real draw is Divi Casino, which first brought casino gambling to the U.S. Virgin Islands and brings the excitement of Vegas right to the Caribbean. Because the resort is located in St. Croix and is, therefore, a territory of the United States, U.S. citizens are not required to carry a passport when traveling to the island.

By 2011, the company saw the completion of a major round of expansion across several of the Divi timeshare resorts. The Divi Village Golf and Beach Resort had finished a $50 million renovation which included new luxury suites overlooking the golf course in addition to the introduction of 45 whole ownership apartments. Renovation of the original 162 units was completed at the end of 2011. When added to the 140 new suites at the Divi Aruba Phoenix, the Divi Little Bay Beach Resort renovation in 2009 and the earlier Divi Flamingo Beach Resort refurbishment, the company has provided significant reinvestment into its properties.

Divi then shifted its attention to amenities with the 2013 expansion of Alhambra, the multi-use space in Aruba which includes shopping, restaurants and entertainment options in addition to the famed Alhambra Casino. An additional 2,000 square feet of space was added to the casino, which now includes 15,000 square feet in total with 483 slot machines and 20 table games. 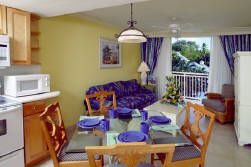