Looking to buy an Aruba Timeshare?

Aruba is situated in the deep southern part of the Caribbean. Aruba Timeshare properties are located on one of the Lesser Antilles, located specifically in the leeward Antilles arc.  Aruba is a riverless island that is generally flat with rolling hills in the interior island.  The most popular of these hills are called Hooiberg 541 ft and Mount Jamanota, which is the highest on the island, at 617 ft above sea level.  Aruba is known for its pleasant tropical marine climate.  Tourists can enjoy little variations in seasonal temperatures.  Aruba's temperatures typically are perfect for a relaxing vacation, at 82 F, with a nice breeze coming of the Atlantic Ocean.  Most of the rain fall will be in late autumn, but yearly precipitation only reaches 20 inches, which is considerably less than other Caribbean islands.  When vacationing at one of Aruba's premier timeshare properties one can enjoy the highest standards of living that the Caribbean has to offer, due to Aruba's low crime rate and low poverty level.  About half of Aruba's gross national product is brought in by tourist activities.  Most of Aruba tourists are from Venezuela, the European Union and the United States. The United States is Aruba's largest trading partner.

If you're looking to rent aruba timeshare or buy aruba timeshare you have come to the right place. Buyatimeshare.com currently has your choice of 1 bed room, 1 bath Aruba Timeshare or 2 bedroom, 2 bathroom Aruba timeshare properties. Our two most popular cities are the towns of Oranjestad, Aruba and Palm Beach, Aruba both offer occomodations for an amazing stay.

When visiting an Aruba Timeshare Our recommended sites to see are:

Alto Vista Chapel. A small Catholic chapel that is located in the town of Noord.  The chapel at Alto Vista was completed in 1952 and built by Domingo Silvestre, an Indian from Santa Ana de Coro, Venezuela, in 1750. Early in the 18th century a small group of Catholic Indians settled in this area because of the availability of water. In 1816 the chapel was closed, but every year in October there is a still a pilgrimage to Alto Vista.

Arikok National Park, located on the island of Aruba, is a preserve of desert resources, including several indigenous species.  The National Park takes up approximately 18 percent of Aruba, including three geological formations, the Aruba lava formation, a quartz diorite formation, and a limestone formation that extends inward from the coast. These formations have influenced Aruba's human settlement.  Aruba is the home of several species which only live on the island, including two unique species of snake and two bird species. Rock outcroppings also create micro-climatic conditions to support these unique plant and animal species, as well.

While your looking for accomadations in Aruba, also take the time to look at other Caribbean timeshares as the islands are sprawling with numerous tropical locations. 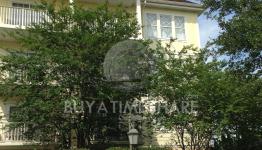 What's Your Timeshare Worth?